Are improved workspaces the key to employee productivity?

How many of the design criteria for happy employees is your workspace meeting? As new research reveals the priorities for staff, we explore the findings and their implications for employers.

Take a look around: is your office conducive to a productive workforce? The link between health and happiness, and in turn between happiness and productivity, is well documented.
The World Health Organization published a global healthy workplaces model, considering the programme ‘one of the best-buy options for prevention and control of non-communicable diseases and for mental health’; while various studies have shown a strong link between employee satisfaction and productivity.

So the evidence is there, but some employers remain woefully behind when it comes to making the working environment comfortable for their staff, especially those with a disability. There is definitely a failing to realise the impact a carefully designed and properly funded workspace can have. 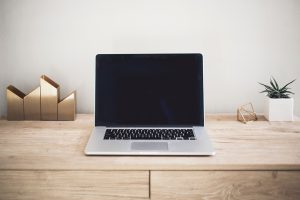 One in five respondents agreed that having a dedicated space to relax at work would help them to be more productive.

It seems that, by creating a breakout area for staff to relax at lunchtime and have informal meetings away from their desks, employers can use space effectively while addressing a range of health and wellbeing issues including eyestrain, backache and stress caused by too much time spent at a computer.

This simple design change can also encourage a more collaborative culture within the business, whereby employees are free to share skills and knowledge in an open space, as well as to recharge away from their screens for a short period, which can improve productivity and creativity in the long run. 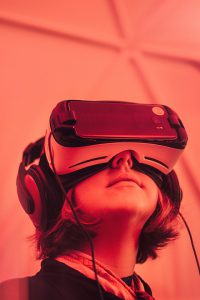 The survey findings showed that second to having a breakout area was better technology, with 17.5% of respondents associating this with improved productivity.

While major technological advancements are likely to be costly to a business, even simple solutions such as providing more power sockets, faster Wi-Fi or investing in a couple of tablet devices for communal use could make the world of difference.

Interestingly, the idea of better technology appeared to be of higher importance to the 55 to 64 age group in this survey (21.6%) than to 25- to 34-year-olds (15%). This could suggest the younger age group is already used to having access to modern technology in the office, while their more mature counterparts would welcome advancements in this area.

Formal workspaces are becoming a thing of the past as employers are recognising the need for more flexible working arrangements, influenced by the forward-thinking office designs of technology giants Google and Facebook. But that doesn’t necessarily mean a fully open plan office, as the survey results show quiet, private spaces are important to 17.1% of office workers.

This suggests the need for a balance between an open plan layout and partitioned, quieter areas that allow for privacy to make phone calls or concentrate away from the hub of the office.
The 45 to 54 age group deemed this aspect the most important factor for increasing productivity in the office, which indicates this group is comfortable with more traditional workspaces that incorporate private offices and meeting rooms.

Too much clutter in the office is also seen as a productivity killer according to the research, with 13.5% stating a clear workspace would help drive their performance.
This means tidying away excessive wires and papers and using storage space effectively, particularly if your office has a largely open plan design – too much clutter will spoil the intended effect and will put off not just existing employees but prospective staff and clients.

And there are potential financial benefits in ridding your office of wires – as well as increasing productivity, a reduction in individually wired workstations can decrease power and cooling costs.

Other factors that emerged as important to office staff included better amenities, such as toilets, showers and kitchen facilities (8.7% of respondents), the ability to customise a workspace (10.2%) and the provision of a games room (11.4%).

Indeed, there was an interesting contrast in age between those who considered a games room to be important for productivity and those who didn’t: almost three times as many 25- to 34-year-olds believed it to be a good idea as 55- to 64-year-olds (5.4% versus 14% respectively).

By taking on board not just the wider elements of office design covered by this piece of research, but the demographics and individual preferences of the staff who make up your business, you’re far better equipped to strike a balance in terms of driving productivity while boosting staff satisfaction levels.

A staff survey is a good place to start to determine exactly where there is room for improvement before you embark on any design changes: your employees will feel more engaged in the process and the results could pay dividends.

What is blind recruitment – and does it work?

Discover why hiding personal details from candidates’ applications helps to improve the diversity of new hires, and how to introduce it to your organisation using an ATS Blind recruitment is...

How Ciphr can support you during uncertain times

From managing absence to launching a crisis communication tool, here are five ways Ciphr is supporting customers during the coronavirus The coronavirus outbreak has disrupted many companies around the world....

Offering an 'competitive' salary is no longer enough to attracting top talent. Here's what top talent wants and why your brand needs to provide it. Brands must prove that they...