Negativity in the workplace can lead to a lack of motivation, a drop in productivity and a direct impact on the overall culture of a brand. Could you be a contributing factor to a negative culture, even if you don’t mean to be? 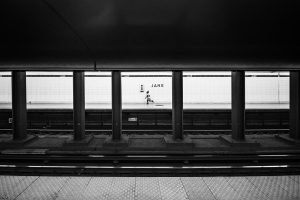 Colleagues will start to wonder why they make the effort and use forethought to ensure they’re punctual, when others consistently display tardiness and a perceived lack of commitment.
As well as the psychological effects on others, your lateness will also cause a distraction to others who have started work and are attempting to concentrate.
Setting your equipment up, trying to engage others in ‘your’ first conversation of the day and the fact that you have to apologise again for being late, are all distractions that can be avoided if you’re on time.

Avoiding being at your desk 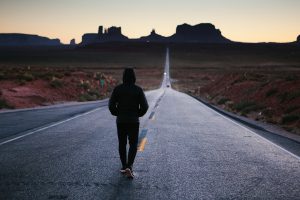 There’s nothing wrong with moving away from your desk when it’s necessary (we all need coffee right?!), but being noticed for how little time you spend in front of your PC is damaging to your reputation and both a distraction and annoyance to others.

If you feel that you need to stretch or have been sat down for too long, then maybe it’s time to invest in a standing desk?

Distracting others for no good reason

Being interrupted needlessly is pretty annoying. If you get a name for being ‘that person’ in the office who you should avoid eye contact with, then you’re distracting others too often. 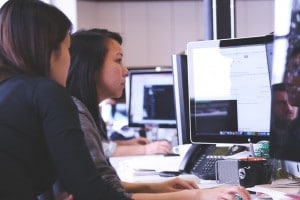 Everyone has periods where they don’t want to be distracted and need to left alone to complete an important task or meet a deadline. If you’re trying to discuss the weekend or what you’re thinking of having for lunch then, chances are, you’re going to impact on deadlines.

Leave the chit chat for breaks and over lunch, as these are the times when colleagues will be more than happy to have a chinwag about their social lives and what’s in their sandwich.

Some stats from ima regarding interruptions and their negative influence are:

Have you ever sent an email asking a question, only to be referred to an email that answers that question, which had already been sent to you? If you have, then you’re wasting the time of others and having a negative impact on their day. 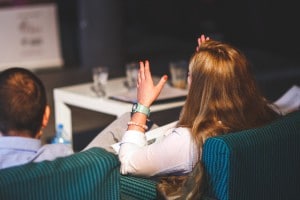 Paying attention and making sure that any question you ask is pertinent and relevant will help to ensure that you don’t become known as the person in the office who doesn’t listen, or worse still, doesn’t know what they’re doing.

With the help of Google, if you don’t know how to perform certain tasks in Excel or Word, or are looking for specific information on a topic, you can find the answer pretty quickly.
Only interrupt others with a question if you’ve exhausted other resources available.

If you have a question unrelated to work, then ask it during a break or in a quiet period, not when others are hard at work and being productive.

Picking the wrong things to complain about 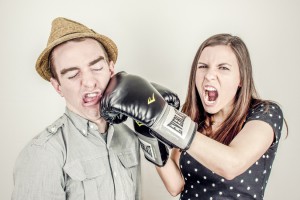 As a manager or business leader, don’t pick at tiny gripes you might have about a productive and engaged employee when there are others in the business who are guilty of much worse.
Pointing out irrelevant flaws or weaknesses in an employee that gives 100% for your brand will only serve as a reason for that person to become negative about you as a leader and employer.

Seeing others who are far less productive or oblivious to company rules and procedures is annoying enough, without comments being made about far less important points. These feelings and observations will all contribute to a negative feeling among employees.

Pointing out issues rather than suggesting solutions

Constantly whining about how things are done or certain conditions, without offering a way to improve these factors, is not productive and has a negative influence on others and your personal brand.

When you complain, you only focus on what’s wrong. Things may be, in the most part, absolutely fine in the business, but complainers only talk about the problems, annoyances and peeves they perceive, never the solution.

If you know of an issue within the business that you can have a positive impact on, then offer a solution to the problem rather than just reiterating that it exists. Being seen as a proactive employee is far better for you and the general feeling in the office, than others constantly hearing you moan about things that are entirely fixable.

Six ways to have an eco-friendly office

From cutting plastic use to rethinking your office space, discover how you can reduce your business’s effect on our environment More and more of our decisions as consumers are influenced...

Mental health charity chooses CIPHR for its integrated system, reporting capabilities, and helpful staff The Anna Freud National Centre for Children and Families has chosen CIPHR and its strategic partner,...

The Telegraph reported in May that "Britain has a shortage of workers across scores of different jobs, from engineering and accounting to hospitality and caring..." This shortage is great news...