In recent news it has been reported that Britain’s first youth police and crime commissioner is now being investigated for Tweets which she wrote when between the ages of 14 and 16 (she is now 17). It is reported that these Twitter updates contained violent, racist and anti-gay messages. Although written between 1 and 2 years ago, this news story does serve to show that even updates from years in the past can still effect your professional career.

In recent news it has been reported that Britain’s first youth police and crime commissioner is now being investigated for Tweets which she wrote when between the ages of 14 and 16 (she is now 17). It is reported that these Twitter updates contained violent, racist and anti-gay messages. Although written between 1 and 2 years ago, this news story does serve to show that even updates from years in the past can still affect your professional career and personal brand.

Unlike verbal communication, anything that you publish on social media is recorded. Forever. Your updates and information are stored and used for multiple purposes by those that run the site and the 3rd party applications you allow to access your account. It’s worth remembering the next time you link a clever new website to your Facebook account that you are potentially allowing that 3rd party access to the information you share. 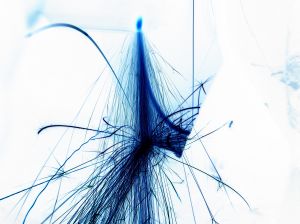 One of the benefits, and at the same time pitfalls, of social networks and the internet in general, is that a single update can become ‘viral’ and spread to hundreds, thousands or even millions of people in a matter of hours. If this is an update that is not conveying the right message, then the originator is probably going to have a bad day.

Very few of us would ever publish racist, violent or homophobic messaging on any social media site as it is entirely wrong and also quite likely extremely damaging to our personal or company brand. But what about updates that do not appear to be offensive or damaging at the time, should everyone be paranoid about their social presence on the internet?

No, but continually posting updates about how bad your job is, or how bored you are every day is a pretty good indication that you’re not really being your most productive, and also reflects badly on your employer. Similarly, saying you’re working from home and then posting photos about your day out, or other activity that you have been busy with, isn’t the best move for that promotion you’ve been waiting for!

As web based recruitment continues to grow, it’s commonplace for recruiters to research candidates on social media in order to ‘vet’ them, and to check for updates or opinions that may be damaging or offensive. There are numerous tools online that allow searches across multiple sites for targeted keywords or users, no information that is available publicly is missed.

In simple terms, the easiest way to ensure that you are ‘clean’ if checked by a current or potential employer is to be thoughtful when posting updates. Sharing an image of yourself completely smashed and laying on the pavement on a night out may seem a good idea at the time (everything does when your drunk!), but to a potential employer, it doesn’t look quite so clever. This is not to say that any social photos are a bad idea, just not the one’s where the imagery is damaging to your reputation as a professional.

It is also a good idea to check the security settings on the various social networks to which you belong.  Make sure that non-members or those who are not your ‘friends’ can only view information that you are happy to share with the world.

Twitter is the exception to this rule in that the only ‘global’ setting for visibility is whether all of your tweets are private or not (you can send private messages, but these are not classed as Tweets/updates). If you have a public account, as the vast majority of Twitter users do, then you must ensure that you only publish information that you are happy for the world to see, forever.

You can be prosecuted for an offensive Tweet, Facebook update or comment on social media. The Crown Prosecution Service (CPS) has now dealt with more than 50 cases relating to potentially criminal comments posted online. In December 2012, Director of Public Prosecutions Keir Starmer told the BBC:”The scale of the problem that we are trying to confront should not be underestimated. There are millions of messages sent by social media every day and if only a small percentage of those millions are deemed to be offensive then there is the potential for very many cases coming before our courts.”

The guidance says that if someone posts a message online that clearly amounts to a credible threat of violence, specifically targets an individual or individuals, or breaches a court order designed to protect someone, then the person behind the message should face prosecution. People who receive malicious messages and pass them on, such as by ‘re-tweeting’, could also fall foul of the law. 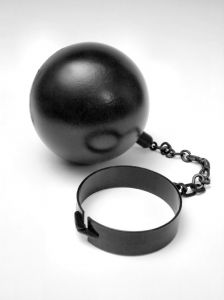 So, the next time you think of sharing a friend’s potentially offensive photo, or publish a video that you probably shouldn’t, have a think about future checks that WILL be made. Try searching your name in Google and see what comes up, some people will be very surprised what information is available!

Your digital fingerprints could be everywhere…….for everyone to see.

There’s An App For That, But Where Will It End?

An app was recently launched that, it's developers claim, will quit your job for you. Now, it's highly unlikely that anyone that thinks that they can quit their job through...

Ben Binder – founder of The Fitness Works – shares two ways HR can start to make men’s mental health a priority “Man up.” How many times has this been...

CIPHR’s head of HR, Gwenan West, shares how employers can put together a benefits package that makes all employees feel valued How can an employer show its employees that it...