The coronavirus pandemic prompted a vast range of changes to HR processes, but one of the most dramatic shifts was the sudden shift to video recruitment. With restrictions on in-person meetings in place through most of 2020, interviews or briefings from hiring managers often needed to happen over video communications tools such as Zoom or Microsoft Teams.Hundreds of successful candidates started roles without ever meeting their manager or team in person.

The necessity to push much of the recruitment process onto video has debunked many of the myths around it being a lesser way to engage with candidates.

According to a 2020 survey of candidates by RecRight1, 82.4% are comfortable with video interviews as a method of recruiting. For the companies doing the hiring, the benefits have been magnified – in particular the reduction in time to hire. According to Kevin Parker, CEO of video hiring platform HireVue, US supermarket giant Walmart reduced its hiring process from 14 days to just three by using video interviews, and was conducting as many as 15,000 a day when Covid-19 restrictions began2. 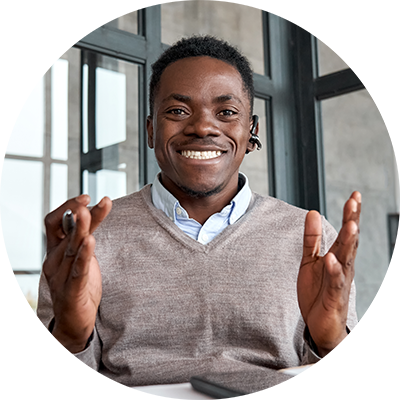 James McGill, vice president for customer success at HireVue explains: “Our data shows a large acceleration of remote interviewing across the last 12 months with the ongoing coronavirus situation leading many organisations to update and adapt their recruitment processes. But adoption of the technology had already been increasing for a number of years, and was on a steep upwards trajectory, even before the impact of Covid was felt, due to the cost-saving and streamlining effect of virtual hiring solutions.”

He adds: “The introduction of on-demand and live video interviewing can greatly reduce many of the time constraints and costs associated with the traditional recruitment process, offering greater flexibility and time savings to both candidates and recruiters, allowing companies to access the best candidates without the limitations associated with on-site interviews.” Furthermore, multiple members of a hiring team can review a playback of a candidate’s interview in their own time without having to sync calendars, and ‘live’ interviews can happen in spite of social distancing restrictions (now) and location clashes in the future.

Video interviews can be conducted in two ways – either in real-time, replicating an in-person interview over a platform such as Microsoft Teams or Zoom, or asynchronously. The latter have been growing in popularity even before the pandemic, particularly in volume recruitment, where they can be used as a first screening stage for candidates. Another growing trend is to ask candidates to send in a short video alongside their CV or application. This gives a richer idea of someone’s personality and whether they might be a good fit culturally for the organisation, or how they might perform in the role on a day-to-day basis – particularly useful in customer-facing roles. Most video recruitment tools include some level of artificial intelligence, so can scan hundreds of videos for keywords or phrases, shaving off hours of interview time that would have been spent on in-person interviews.

Video can be used at multiple stages of the hiring process: to be incorporated in the initial communication with shortlisted candidates (a video introduction of the hiring manager and/or company); a video of the questions you wish to ask the candidate to which they respond; and the candidates’ answers. Adrian McDonagh, co-founder of recruitment specialist Hireful, has seen growing popularity in hiring managers recording responses to three or four questions about the role or department. “As the pandemic has made people more comfortable with video, we might ask the manager some questions to share with candidates – it makes good sense and people feel well-briefed,” he says. Embedding video into the job advertising itself is great for candidate attraction; a Cisco study found that recruitment agencies reported 800% more engagement with job postings that had video in them3.

Recruiters recommend that asynchronous video interviews (particularly in volume hiring) should work on the less is more principle. There should be limited questions (three to five is ideal) and hiring managers should be very clear about the information they need from candidates and the types of qualities they will be looking for. Candidates should be instructed on the length of their answers and given any other specific guidelines. When it comes to live interviews, it’s crucial to upskill hiring managers in the skills they might need to handle a virtual conversation – such as waiting for an interviewee to respond before cutting in, being mindful of potential connection issues and making allowances for interruptions.

There are numerous benefits to offering candidates the chance to record interview responses, including:

As many video recruitment tools are based on AI, one of the key advantages of their use is the opportunity to simultaneously reduce screening time and the tendency towards unconscious bias. “Video interviews can help mitigate against the risk of unconscious biases held by recruiters, offering results based solely on the data shown to predict job success,” adds McGill from HireVue. There is even a growing market for pre-screening tools, also powered by AI, that use facial recognition to assess whether someone is suitable for a job. These tools measure characteristics such as whether someone comes across as confident, calm, excited or enthusiastic. They can even detect small movements of the eyes, mouth or jaw that could suggest the candidate is lying. But as with the prospect of asking candidates to provide a video application or ‘showreel’, this approach is not without risk. If an algorithm judging facial expressions or gestures is based on biased data, this could mean it’s only picking out those who conform to certain expectations of what ‘confidence’ or ‘enthusiasm’ look like, and could even be potentially discriminatory against people with neurodiverse conditions such as autism whose expressions don’t always match what they’re trying to say.

In order to get a broader range of evidence to support a hiring decision, video can also be used in conjunction with other tools such as competency assessments or psychometrics. Data or test results from this stage of the process can then be linked back to the core HR system to provide insights such as where learning priorities might be or where there are gaps in candidates’ knowledge. “Using assessment, for example, you could send a candidate with a good score a task to showcase what they can do over video based on a job specification,” adds McDonagh. McGill argues this is especially useful when recruiting in high volumes: “The use of interview assessments, particularly in the early stages of the recruitment process, can help companies to accurately and optimally assess the competency of a huge volume of candidates. This is crucial for any business that has urgent vacancies, receives mass applications or is operating in an industry that requires hiring at scale.” Additional features such as game-based challenges mean hiring managers have “information at their fingertips so they can base their screening and hiring decisions on an objective, bias-free standard”, he says. 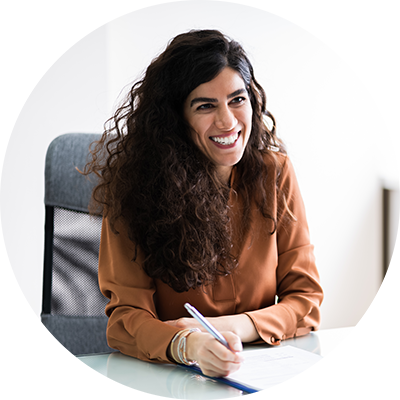 Many of the benefits of asynchronous video interviews can also be found in live video interviewing – which Neil Armstrong, commercial director at applicant tracking system company TribePad, believes will continue to feature prominently in hiring processes even after pandemic restrictions ease. “Traditionally organisations have used asynchronous video interviews for that initial screening element, but they’re also carrying out live interviews now because they can’t meet face to face, with real benefits,” he explains. “They’re easier to attend, interviews can be done much more quickly, and if you have a good candidate that’s considering other offers you can get to them quickly, making you a more attractive employer.” Recording interviews means managers can see a transcript even if they weren’t present, and this can be translated into other languages or be used in conjunction with assessment results and scoring tools to gauge candidates’ suitability.

Despite the richness of video, hiring managers need to be wary of adding too many elements into the screening process, however. “People are cramming so much into the application process – asking candidates to do a video, engage with a chatbot, complete an assessment,” says Gareth Jones, CEO of Headstart, an AI-based recruiting tool that aims to reduce bias in early career recruitment. “If a candidate has to do that multiple times it becomes repetitive, so it’s better to invest in improving the process and asking why you need the video rather than just adding it.”

That said, once a candidate ultimately moves to the second or third interview stage, and hopefully a face-to-face meeting with key stakeholders, there should be a clearer understanding on both sides if they are a good fit – and the candidate will likely be more invested in the process. McDonagh says: “Coming into offices creates a lot of wastage in terms of time, and video means organisations can move a lot faster in hiring for the role and there’s more flexibility for the candidate. So, once they do meet the hiring manager in person, they know they’ve been properly shortlisted.” 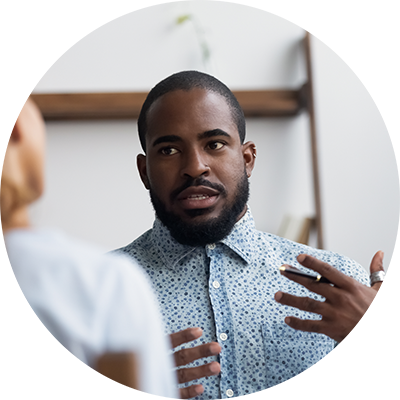 Given the trajectory of video recruitment during 2020 and even before, it will likely remain a key element of the hiring process for many organisations in the future, but should we try to replace the element of human interaction in recruitment if hiring over video is so efficient? In his book Talking to Strangers4, author Malcolm Gladwell discusses how someone’s first impressions based on a half-hour job interview can often be wrong – that all we see is what someone looks like and how they handle themselves, with no evidence of their ability to do the tasks required for the role or to predict their long-term contribution to the organisation. Conversely, neuro-economist Paul Zak argues that we build trust through human contact (as we release the hormone oxytocin when we bond with others), so getting to know someone in person is essential5. And many would argue that for certain roles, at the final selection stages at least, it is non-negotiable not to meet with a candidate.

What is certain is that, with a growing arsenal of remote hiring tools available and the algorithms behind them becoming more sophisticated, video will have an increasingly important role in adding to, rather than replacing, face-to-face interaction.

Do You Expect Too Much From Modern Technology?

When is the last time you, or someone you were with, uttered the words "for Pete's sake, I've got no 3G on my mobile" or "this wireless internet connection is...

April 22nd marks 'Earth Day' when "from across the globe, individuals, communities, organisations, and governments acknowledge the amazing planet we call home and take action to protect it". For many...

The Evolution Of Mobile Technology In The Workplace

We all use mobile technology of some sort or another in our day to day working lives, but how is this technology evolving and what impact does it have on...