5 Life Skills Every Professional Should Possess

There’s a few things that every adult should learn naturally when growing up. Unfortunately, we all know someone who doesn’t seem to have managed to get to grips with some, if not all, of them. Below are 5 life skills that you should have learned by now. 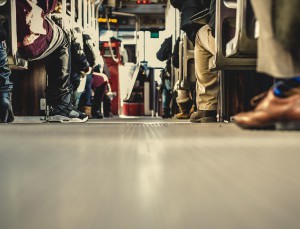 The simple act of being polite to others, regardless of whether you’re at work or not, will get you ahead in life.
People remember the smallest things that others do, such as opening a door for them, giving up their seat on a packed train or handing back something that has been dropped.

The next time you watch The Apprentice, pay close attention to the contestants when they’re entering the boardroom. You’ll see that they very rarely hold the door open for each other or offer to let others go in front of them.
This is probably due to some misguided sense that being polite is submissive or weak. In actual fact if there was a polite contestant we’d probably remember them in a positive light, rather than the ridiculous attempts they make at the most simple of business tasks.

We should all expect to be treated with courtesy and in a polite manner, and others should expect (and receive) the same from us.

Being on time isn’t difficult and isn’t something that an adult has any excuse for on a regular basis. There’s always an occasion where being late can’t be avoided, but it should only happen in the most unavoidable circumstances.
Simply being late because you didn’t allow yourself enough time to get to an appointment, tried to fit too much in or because you just don’t appreciate other people’s time, just isn’t acceptable.
If you’re someone who can never get anywhere on time then, regardless of whether you realise it or not, you’re annoying people and damaging your reputation and personal brand.

If an applicant is late to an interview, then they’ll seriously damage their chances of getting that job. If tardiness is a serious enough offence for recruiters to qualify out an applicant, then it should be taken seriously enough in work and personal life to plan ahead and avoid it happening.

Losing your temper constantly and at things that are, in the grand scheme of things, insignificant shows a lack of self control and isn’t a trait that’s desirable in a person or employee.
Volatile employees will have difficulty working with others, getting honest opinions and generally fitting in. Walking on egg shells around a colleague constantly will affect morale, productivity and create an awkward atmosphere.

Only children should be throwing their toys out the pram, not grown adults in a professional environment. If you’ve not learned how to control your temper, then you owe it to yourself to speak to someone about it. 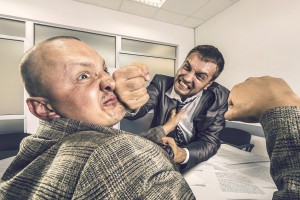 We all remember the school bully. Whether directly affected by them or not, our memories of them aren’t pleasant and in most cases they’ve not got far in life.
Being a bully in the office is the same, no one respects them and would be happier working in an office without them.

Believing that the best and most motivational way to get co-workers to complete tasks or assist you is misguided. Colleagues and subordinates should want to help you, not feel that they’re being forced into something aggressively.

Bullying has no place in either the office or in our lives.

Respect is both needed and expected to succeed professionally. Without mutual respect it would be almost impossible to collaborate and work in close proximity to your colleagues 9 hours a day.

Our workplaces are no longer a place where we turn up, complete our daily chores on our own and then go home. Top talent now seeks respect for what they do and acknowledgement of their achievements.
Respect covers other areas too, such as fair treatment in the workplace, wages that match skill levels, dedication and effort, and consideration for advancement. Without respect for others and what they do there would be little positivity.

As an adult you should be socially aware enough to show respect to those who deserve it. In return you’ll be respected, thus improving working relationships and the productivity of your business.

Rising inflation and the UK’s cost-of-living crisis have put a lot of pressure on employers to increase wages and starting salaries this year, but a new survey suggests that there’s...

If this is the future of robotics, then count me in

BBC2’s recent documentary ‘Six Robots & Us’ gives us a tantalising glimpse into how robots could change workplaces – for the better, writes Cathryn Newbery The robots that most caught...

The rise of evidence-based decision-making: why HR needs to make friends with metrics

Forget ‘gut feelings’ – it’s time for HR professionals to turn to internal data and robust research as the foundation for their strategic interventions Somewhat ironically, data about the surge...