There are many arguments in favour of ‘working from anywhere’, both from the employee’s and employer’s perspective and, now that SaaS technology is commonplace, telecommuting is no longer a luxury. Here are five often overlooked reasons to telecommute.

1) You’ll benefit from your own company 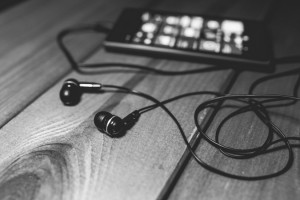 Without the regular distractions of a busy office you are afforded more dedicated time to work through your daily tasks.
According to a study carried out by the University of Calgary, simply being able to see a colleague working on something different to you is enough to slow down your own performance.
The reason for this is a built-in response-interpretation mechanism that’s hard-wired into our central nervous system. If we see someone performing a task we automatically imagine ourselves performing that task. This behaviour is part of our mirror neuron system.

Other distractions that can be avoided (whether welcomed or not) include:

As of March 2014 over 4.2 million UK employees worked from home. 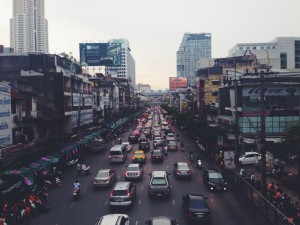 As well as the obvious time and cost savings involved in not having to travel to the office (the average London worker spends over an hour per day and over £1,400 per year commuting*), there are also health benefits.
For one thing, you’re not subjected to the pollution levels that exist in most cities and built up areas.
Avoiding the commute to the office also helps to reduce the stresses associated with travelling in cramped, over crowded carriages and fighting your way through the transport systems.

Some of the effects of commuting include:

According to a research paper published in the Journal of Health Economics, it was found that the commute adversely effects woman more than men. The reason given for this (the only reason concluded) is that women have to make more stops and complete more tasks on their commute than men in general.
One major symptom of many health problems is absenteeism, this obviously carries costs and inconvenience for business.
With all of these potential problems associated with most office based employees journeys, it’s also in the best interest for employers to introduce and promote telecommuting. 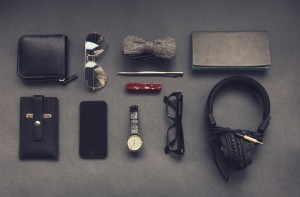 Those employees who have the option to change their hours are often more engaged and greater brand advocates, who are happier in their role and have a greater sense of wellbeing.
Employers that encourage flexible working hours benefit from the above effects on employees, as well as reduced absenteeism and improved employer branding. They’ll encourage a happier, healthier and more productive culture of employees, who are aligned with the brand vision and goals.

In a speech entitled ‘Business benefits of flexible working‘ Jenny Willott from the Department of Business, Innovation and Skills stated:

“A government survey of employers’ attitude to work-life balance found that the majority of businesses surveyed found flexible working had a positive impact on employee relations and employee motivation. Surveys by the CBI and BCC in the last couple of years have found exactly the same.”

The industries which made up the largest proportion of home workers in the UK in 2014 was banking and finance, real estate and admin support services. 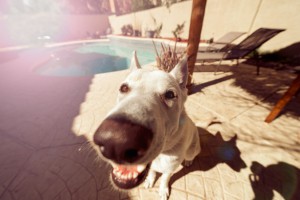 Working at home can be a bit lonely if there’s no one else in the house. If you have one, a dog is known to reduce loneliness and provide some camaraderie throughout the day. They’re great listeners – that’s right – tell you dog your ideas and talk through problems you might encounter during the day, you’ll be surprised how effective it is to say things out loud.
Dogs also force owners to take a break and give people a valid excuse to get out of the work environment and go for a walk (which is also known to improve morale, motivation, productivity, wellness and creativity).

According to a study by the Center for Disease Control and Prevention, owning a pet can decrease blood pressure and cholesterol levels, and increase opportunities for exercise during breaks, both of which have immense health benefits.
Pets of all kinds are also known to reduce stress and encourage us to work beyond those hours that we might normally do when in the office.
A fish tank, for instance, is a great stress reliever and will add some colour and interest to any working environment.

5) You can control your working environment

Quite often when you telecommute you can choose where to setup your ‘desk’, which isn’t a luxury most of us have in the office.
Whether it’s your home office or a local coffee shop, just by having the option of picking where to work is a real advantage and a boost to morale and job satisfaction.

Having a choice of environment means that we can assess our work location based on criteria that we have no control over if in an office, including:

Social Recruiting – Why and How

Nearly all of us engage with social media in our personal lives, via an ever-expanding variety of platforms; they've become a go-to for news, entertainment and maintaining personal relationships. From...

From the snapshot date and reporting deadline, to where to view other employers’ reports, here’s everything you need to know about gender pay gap reporting We answer some of the...

10 types of software you can integrate with your HR system

Any modern HR system worth its salt should be able to link up with other third-party applications. Here are 10 types of software you can integrate with people management software...