The Little Things That Can Influence Your Success

There are many little behavioural traits that, if we can control or even just be aware of, can be the keys to success. Often subconscious, they include our movements, expressions or ways in which we react in certain situations that can affect how well we do in our careers and professional relationships.

In the study ‘Thought Calibration: How Thinking Just the Right Amount Increases One’s Influence and Appeal’ it was found that the way in which someone make decisions affects those observing them and their willingness to be influenced

by them. This may appear an obvious observation, but it was also found that if the decision was over-thought (too much time taken over an easy decision) then the opposite, negative, effect was seen.

There are several factors that influence our decision making from age to past experiences. One important factor is an understanding of how a decision will affect those around us, if your colleagues understand and trust that the decisions you’ll make will not only be from a personal point of view, but will take others into account then they’ll trust you and in turn be more willing to be influenced by you.

Being able to make quick confident decisions under pressure is also a sought after quality and one which people respect. Leading a team when working to a deadline involves numerous decisions that affect not only the project but those in your team. If you can lead them to success, then you’ll earn trust and build influence.

Improving your decision making skills should be part of your personal development, below are a number of steps that will help you make decisions:

Your tone of voice 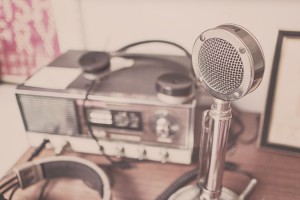 It’s not just what we say that that affects how people react to us, it’s also the way we say it. 38% of our communications come across through the tone, inflection and speed of what we’re saying.
It’s especially important to be aware of your tone of voice when speaking on the phone or audio meeting online, as the other person(s) cannot see you. The way in which you speak will build a picture in their mind of what you look like; speaking confidently, positively and in a friendly manner will help convey (hopefully accurately) that you’re a trustworthy and credible person.

The way in which we say things portrays how we’re feeling, what emotion we want to portray and how we view ourselves socially.
For instance, talking in a certain way can convey confidence, which affects how others might react to what we’re saying. If we sound confident in the information or opinion that we’re giving, then people are more likely to trust and believe that information.

A rising intonation is often used to signal the posing of a question or requesting help, while higher tones are generally used to ask for information. We often use higher tones and pitches in first time meetings. This is believed to help establish rapport, maybe because it signals a more upbeat and happy personality.

It is also often the case that there may be a underlying battle between two people having a discussion for dominance. It is shown in tests that using a lower tone of voice portrays authority and truth.

Other tips of conversing include: 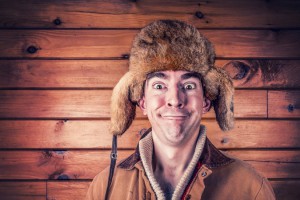 Just how important is facial expression when we’re speaking to others?

When we communicate we do so in two ways, verbally and non verbally. The seven universally recognised emotions displayed through facial expressions are fear, anger, surprise, contempt, disgust, happiness and sadness, and the human face is capable of over 10,000 different expressions.

Whenever we’re speaking to someone our facial expression will change, often subconsciously, depending on what we’re saying.

Just smiling often means that we agree with what we’re being told, whereas the opposite is true of a scowl, as this portrays that we disagree with someone.

Understanding and utilising these expressions as part of how you communicate can benefit you in debates, negotiations, the sales process or any other scenario where you need to use communication skills during your career.

If you’re speaking to someone and your face gives the impression that you’re bored or disinterested, then it’s not a great way to gain the respect of the other person. If they don’t respect you, then they won’t give you much time when you’re trying to speak and get your point across.
Non verbal communication can also be conveyed through just your eyes. If you roll your eyes when someone explains something, this gives off the very obvious message that you’re not in favour of what’s being said.

It’s also possible to influence someone by simply using facial expression. For example, if you smile at someone, the chances are that they’ll smile back. If you show fear, then this will likely cause at least a fleeting feeling of mild panic in those around you.

By making an effort to maintain a positive and happy expression you can influence those around you to do the same. This collective mindset will positively affect the environment that you all work in making for a more productive and happy office. 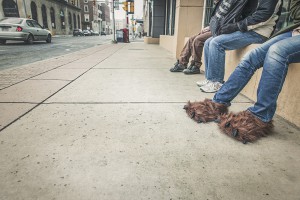 Did you know that some people feel more confident when wearing a Superman t-shirt or that wearing white increases mental agility? These are the finding of a recent study into ‘how what we wear affects us’.

Dressing appropriately for work will not only affect how productive you are, but it also sends the right signals to those around you. If we dress in something that we feel confident in, then we’re more likely to display this confidence while at work.

In a study conducted by the Kellogg School of Management at Northwestern University it was found that “If you wear a white coat that you believe belongs to a doctor, your ability to pay attention increases sharply. However, if you wear the same white coat believing it belongs to a painter, you will show no such improvement.”

Dress in the clothes that you feel confident in and you’ll be more confident, especially useful for meetings, presentations or your career in general.

How you acknowledge others 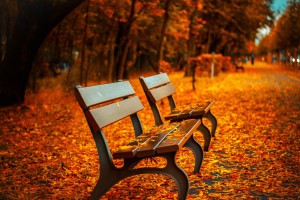 Making sure that we give time to others and listen to them will gain their respect and trust. If we don’t have time for anyone else then why would they give you their time.

Communication and collaboration should be two-way processes. If not, then we’d be far less productive and probably be working on our own.
If you lead a team, then you may well already appreciate the importance of letting others know that you’re thankful and appreciate the work they do as part of your team. It’s especially important to let those people who are contributing to your duties know that their efforts aren’t going unnoticed.

There are a number of ways in which you can show your appreciation to others, from a simple ‘thanks’ to an employee reward program and promotion.
How you choose to acknowledge those around you is up to you and depends upon their contribution.

By showing that you’re thankful for the work others do, you’ll gain their respect and they’ll be more likely to happily help in the future.

How Employees Can Attract More Talent And Enhance Employer Branding

Online marketing and brand management have become a standard requirement of any businesses strategy. Companies can no longer ignore social media, website maintenance or content marketing efforts as strategies used to...

HR technology is underperforming in 75% of organisations, report finds

Study by Bain & Co also finds up to a quarter of HR departments still rely on manual processes, with many planning to invest in integrated software over the next...

The working world is evolving and HR professionals need to keep up. Improving collaboration, increasing job satisfaction and optimising talent attraction are just some of the challenges in an ever-changing...