What If Your Manager Was An Algorithm?

Could you report to an artificial entity, coded by someone you’ve never met? What if your manager was an algorithm? It could happen in the not too distant future. 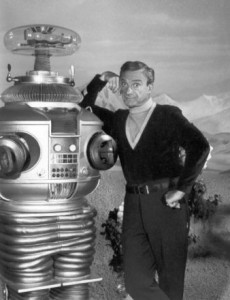 There’s been a lot of press about the use of big data to make business decisions over the past couple of years, allowing business to make more calculated decisions based on zetabytes of data, displayed in meaningful and simplified ways.

Couple BD with the emergence of predictive analytics, which enables analysts to interrogate vast amounts of data from endless sources, to accurately spot future patterns and behaviour.

Finally, focus these technologies and strategies on Human Resources and everything it encompasses and you have people analytics.

It’s also been predicted over recent months that robots will eventually replace a percentage of roles within the workplace. Add all of these elements together and in the end, if they are to be believed, it’s likely that your career will be determined by an algorithm written by a developer you’ll never meet or even talk to.

The human side of leadership and management could be replaced by cold calculations, made by computer code, without empathy or emotion.

Implementing artificial leaders in the workplace may seem like an attractive option to business leaders for the following reasons:

However, there are also some serious downsides:

Replacing any role, traditionally held by a real person, with a ‘robot’ is always a controversial and often difficult decision and transition. With the progression of technology and mindset of many that it’s becoming more and more sentient, it’s likely that its implementation will start to happen sooner rather than later.
Will there still be a requirement for someone to be employed to monitor the decisions made by the AI and give the final approval?

It’s natural for business leaders to look at new ways to increase productivity and reduce costs. For these reasons, it’s an attractive goal for many start-ups and existing AI and analytics companies to research, produce and refine this type of ‘solution’.

What do you think? Could the above become reality or is it a step too far?

10 HR podcasts you should be listening to

Whether you’re new to podcasting or simply want to mix up your listening schedule, why not try our pick of the HR and L&D podcasts? The growing popularity of podcasts...

To help you foster a greater employee experience for your business, we’re hosting a free live webinar on 12 July at 11am. The webinar – which is also available on...

HR technology is underperforming in 75% of organisations, report finds

Study by Bain & Co also finds up to a quarter of HR departments still rely on manual processes, with many planning to invest in integrated software over the next...