Everyday I  read advice about a new and exciting method to apply to your everyday routines to improve productivity, positivity, etc etc. This is usually backed up by some scientific study or another and is the ‘next big thing’. The advice (or method) I heard yesterday however, is something that I actually will use in 2014 and probably after that too, the reason, it’s simple and effective, and was delivered form the most unlikely source.

Now, in my opinion, the simpler the better when it comes to setting out the methodology of something new, after all, I’ll have to fit whatever it is into my life. Well, this advice comes from Colby Krause, who is this Colby person I hear you ask, he’s the life coach from The Simpsons episode “He Loves To Fly and He D’Ohs”, and if he can help Homer to get to a position where he charters a private jet, then he should be able to help us with our day to day lives, yes?

So, what’s his advice?

Now this might seem pretty obvious advice at first glance, however, there are many situations in our ever changing world where this advice is more important and relevant than ever, even if it was offered whilst Homer had his head stuck in a stair rail. These situations include:

Social media can be an excellent resource for information and collaboration, but not concentrating, and posting the wrong thing, can have a devastating impact on both your personal brand, and that of your business. The internet is littered with stories and reports of people that have been fired or failed at interviews, and companies that have lost hundreds, if not thousands of customers with damage caused to their brand that takes a lot of time, effort and money to repair.
All of these situations are caused by a lack of concentration and prior thought to, in some cases, a single update being posted. We’re now able to use social media anywhere and at any time on our mobile devices which is great and a huge advance compared with 5 years ago. The problem with this is that we’re usually doing something else while we use our phone, which is diluting our concentration and, as a result, the update we post is not given as much of our concentration as it should be.  – “N.D.C.”

Seth Godin posted an interesting and thought provoking update on his blog recently regarding productivity tools, it read:

You’d think that with all the iPad productivity apps, smartphone productivity apps, productivity blogs and techniques and discussions… that we’d be more productive as a result.Are you more productive? How much more?I wonder how much productivity comes from new techniques, and how much comes from merely getting sick of non-productivity and deciding to do something that matters, right now.Isaac Asimov wrote more than 400 books, on a manual typewriter, with no access to modern productivity tools. I find it hard to imagine they would have helped him write 400 more.Sure, habits matter. So does getting out of your way. But if you want to hide, really want to hide, you’ll find a way.The instinct to produce great work doesn’t require a fancy notebook.”
Seth was eluding to the point that productivity tools won’t lead to an individual becoming productive if they don’t have the right mindset in the first place. In a similar vane, what is common with most productivity tools is that they’ll offer functionality to automate certain tasks, in order to free more of your time to concentrate on other things. That’s the problem, you concentrate on other things, and not on what your using the productivity tools for.
Tools which automate the posting of updates to numerous social networks, or email thousands of customers instantly for you can also be your undoing if you’re concentrating on other things, or just not concentrating at all. Rather than sending the wrong message to one person, or a couple of people, with the use of a productivity tool you’ve sent it to thousands, if not millions of potential readers. – “N.D.C.”

Handling employee engagement without concentrating can have the opposite effect to the one you are aiming for. A badly timed email, poorly thought our initiatives or a rushed message to the employees can cause bad feeling, lack of confidence in the companies convictions or just set engagement back to a lesser level. If employees get the impression that they are taking second spot to whatever else is on your agenda then they’ll start to become disengaged and productivity is known to drop as a result. Common mistakes include:

I get connection requests from people, on a daily basis, that I have never interacted with, never will interact with and don’t even know why connecting with them would be beneficial for either party. With more concentration, planning and forethought it may be that the connection request could be pitched differently, prior contact made in another form, such as LinkedIn groups or Google+ circles. Carried out this way, and with more concentration, the reason for a connection could be explained and as a result I might see the positive side of the request and accept. Not concentrating and simply spamming a number of people with connection requests just won’t work.- “N.D.C.”

The above are just a few examples of things we do each and every day, that without concentration can go wrong quickly and with dramatic results. With the digital world moving forward so quickly, and everything becoming connected, concentration and planning are becoming ever more critical. It takes no longer to concentrate on something and get it right first time, in all areas of life we should should be applying this logic, and benefiting from it.

Systems such as CIPHR Net enable HR departments to allow employees to update their own data, improving accuracy, reducing administration time and reducing the chances of a mistake being made, through distraction or a lapse in concentration. 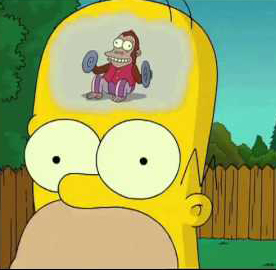 From everyone here at CIPHR, “Seasons Greetings and have a wonderful and prosperous New Year! :)”

When will HR solve the ‘productivity puzzle’?

Is LinkedIn Becoming The Primary Resource For Future Employees?

With thousands of potential candidates adding their profile to LinkedIn every day, is the site fast becoming the 'one stop shop' for your recruitment campaign?  Many in the industry think...

How can HR software help the education sector?

From remote teaching to low pay, teachers are facing many challenges today, but HR teams can create a better work environment by investing in HR software The education sector is...